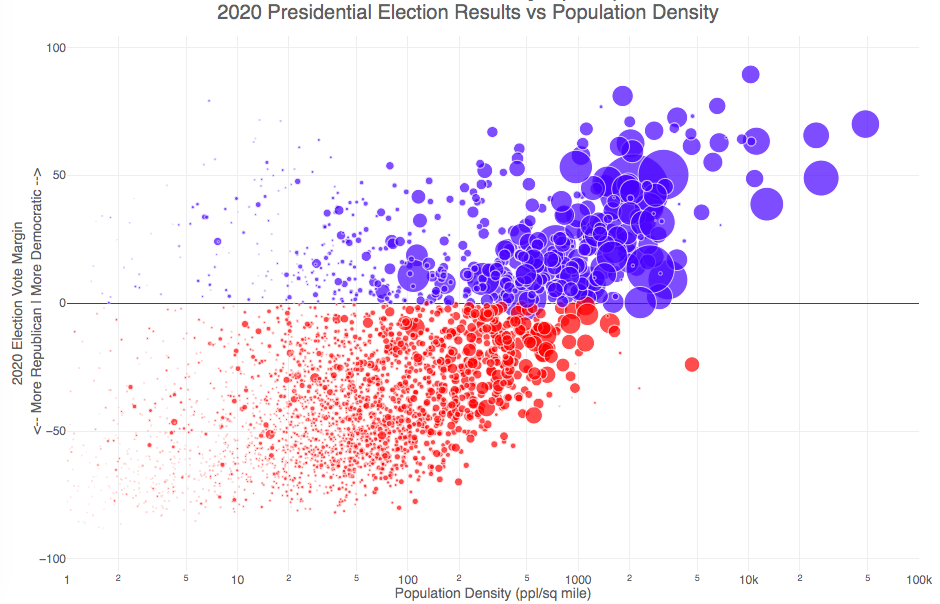 One Response to Election Results and Population Density