This visualization shows where those vehicles have been adopted. It probably comes as no surprise that most adoption of these vehicles comes in two major metropolitan areas (the SF Bay Area and Los Angeles). These are two regions that have a high proportion of early-adopters: those interested in green, advanced technologies and can afford these vehicles. 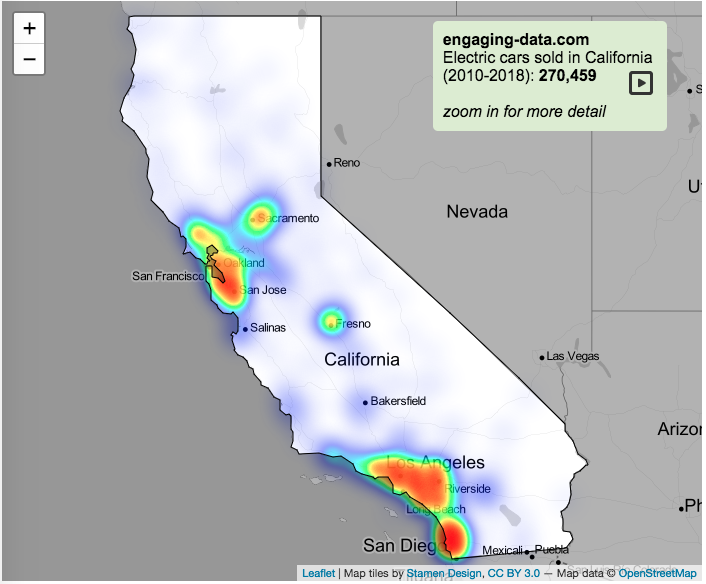 symbol in the infobox to animate the map showing years 2010 to 2018. Zoom in to see areas of higher sales in different cities in California.

Data and Tools:
Data is obtained from the California Clean Vehicle Rebate Program (CA CVRP). The data is downloaded and aggregated in MS Excel and the map is made using javascript and the leaflet.js library.