My latest “visualization” is a wordcloud of Steve Jobs’ keynote address when he introduced the iPhone in 2007. 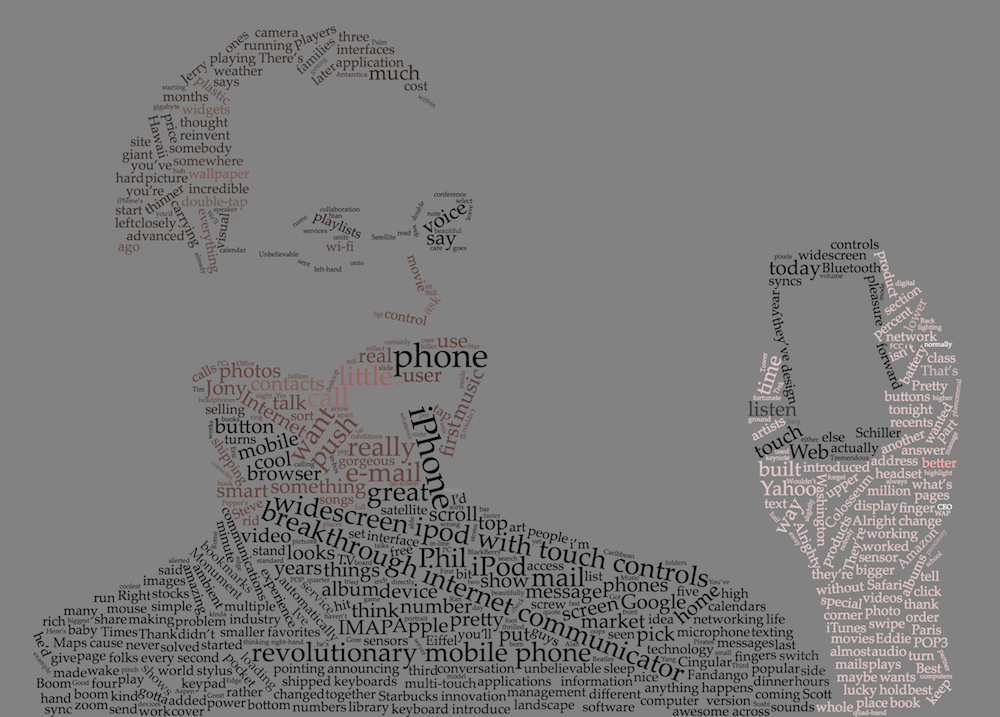 About 10 years ago, on Jan 9, 2007, the first iPhone was introduced by Steve Jobs at Macworld Expo.  In the past 10 years, the iPhone and the innovations it spurred into the market, have changed how we communicate and interact with the world.  It is interesting to talk to our children about what the world was like when we were younger and even just 10 years ago before cell phones were ubiquitous.  Everyone now has email and messaging, video cameras, GPS and directions, games, and the entire internet in their pocket. When my son asks me a question that I don’t know the answer to, he tells me to “ask Siri!”.

I’ve been known to occasionally re-watch the introduction keynote (embeded below), just because it’s so good. It’s interesting to watch when everything you see is intimately familiar, but you know it’s a complete revolution to people in the room watching.

This image was made on wordclouds.com, using the transcript of that section of the keynote, and a custom image as a mask (I photoshopped an image of Steve Jobs holding an iPhone).