The two bills don’t look terribly different in terms of the estimated number of americans that would be uninsured by 2026.  I made two graphs of the CBO estimates for uninsured americans for the House and Senate bills and the difference is small.  The house bill (AHCA) has an estimated 23 million additional uninsured by 2026, for a total of around 50 million.

The increase in uninsured people can be divided into separate categories, those who will lose (i.e. who choose not to or cannot afford to buy insurance): (1)their employer does not offer insurance, due to removing the employer mandate, (2) changes in subsidies on the individual marketplaces and exchanges and (3) changes (generally reductions) in the amount of Medicaid funding to states. 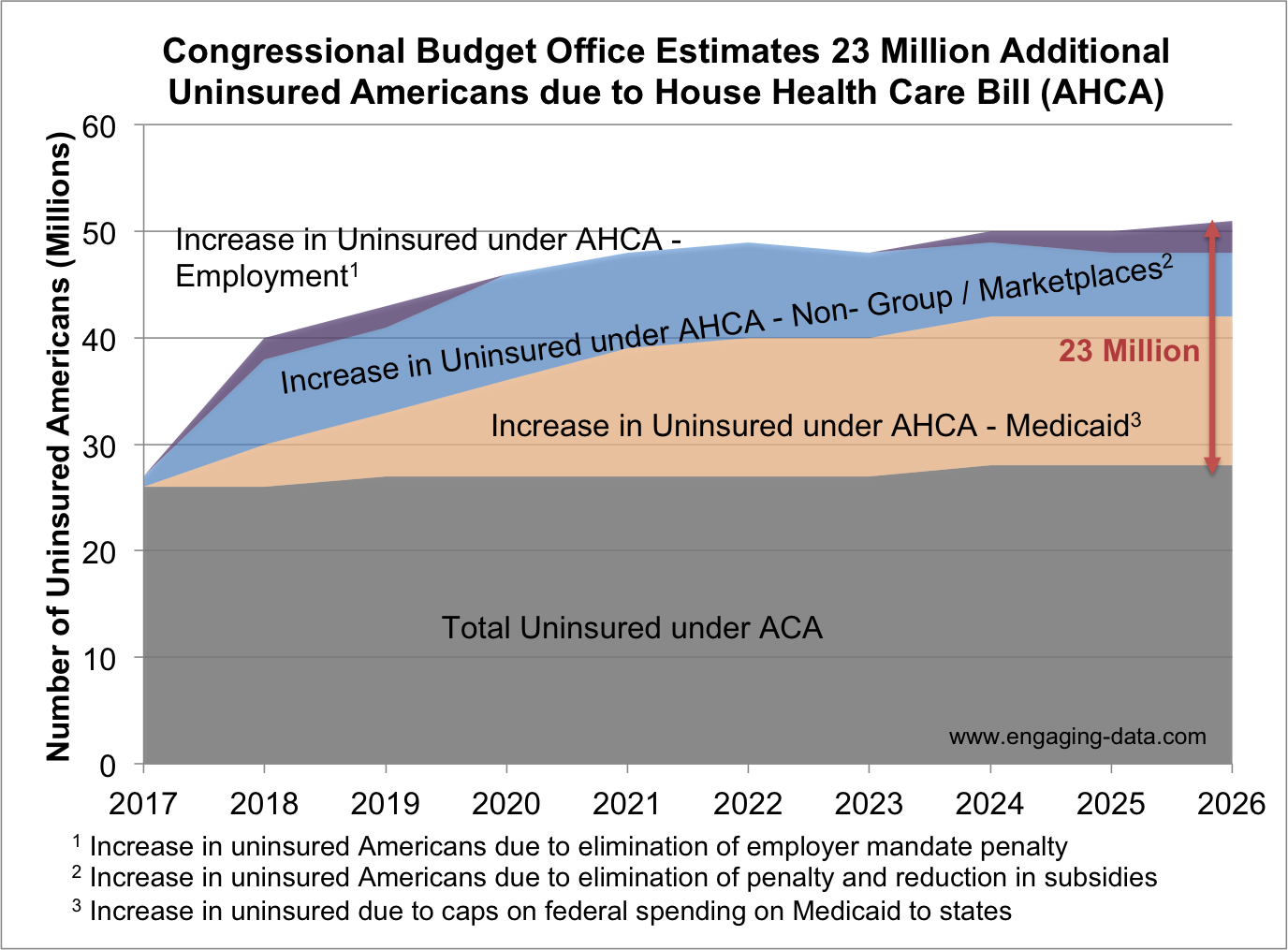 The Senate bill was meant to be less “mean” than the House bill and thus only has about 22 million uninsured by 2026.  In both cases, the largest increase in the uninsured comes from the reduction in Medicaid (~14-15 million).  What is most striking is that by next year (2018), the Senate bill is expected to lead to 15 million additional uninsured Americans. 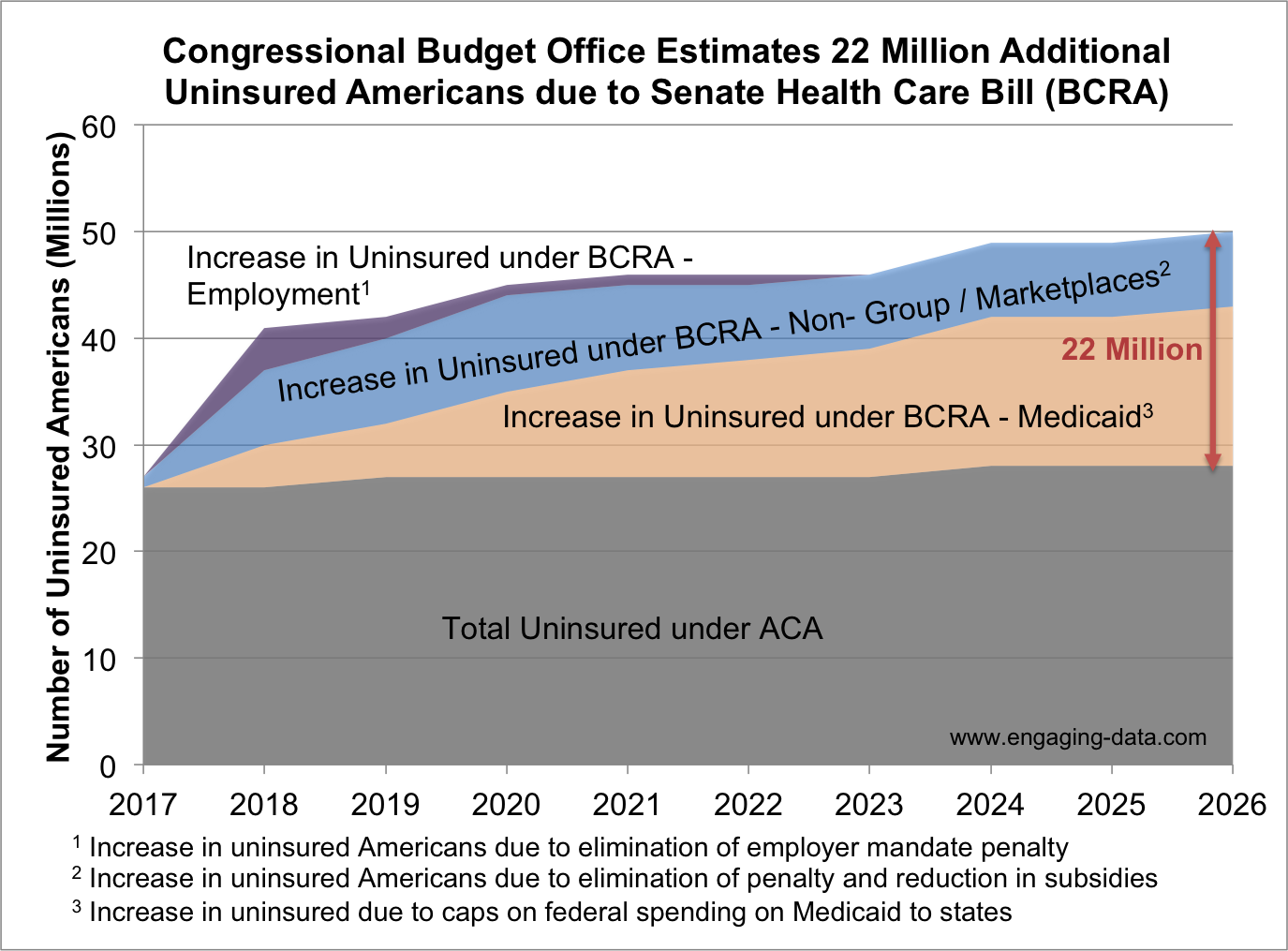 The fact that the main reduction in insurance occurs for the lowest income Americans indicates that this reduction doesn’t come about because of “freedom”, i.e. Americans choosing not to buy insurance that would have been forced to because of the ACA’s individual mandate.  But rather, it is a result of the reduction in those who can qualify for Medicaid.

The Senate bill is under deliberation currently and it is unclear whether it will pass.  However, there is a great deal of misinformation being spread (mostly by those trying to sell these bills) and as I looked through the CBO reports, I thought it would help to provide more information and visualization on the number of uninsured.

Sources: data from Congressional Budget Office Reports on the BCRA and the AHCA